Wow…I have done it…written about food. Till date I avoided food talk not because I am sitophobic but because I am an appreciator of delectable presentations cooked by others.

Inadvertently I am caught in this edible web thanks to nsnunag when I commented on his blog post Top 10 Dishes You Must Try in Big Mummy’s Indian and Arabic Restaurant, Metro Manila, Philippines — TravellingPeoples.com He wanted to know ‘have you tried Indian food in Canada? How was it?

I enjoy Indian cuisine because of its variegated traditional and regional tastes, its complexity and diversity. No two curries, lentils, biryanis taste similar, probably a throwback to Mughal, British, Portuguese, Dutch, French, Italian and Asian influences. So when someone says, probably foreigner, that ‘I love Indian food’ I am sceptical.

Thanks to Lockdown food mania a recent recipe I came across was ‘Butter chicken Khichdi’. (https://www.archanaskitchen.com). The image is also courtesy the Net as I still have to try it out. Now butter chicken is a popular spicy non-vegetarian dish and khichdi is lentil and rice stew, a vegetarian comfort food. Now replacing lentil with butter chicken is similar to sprinkling oomph to a local belle and presenting her as femme fatale of the table….full of flavours.

Another fusion is ‘Chindian’ or Chinese Indian food, a hot favourite of Indians young and old and available in any corner of India from five star restaurants to street corner carts and stands. My cook in New Delhi would dream of returning to his village in Bihar (North India) and sell noodles and chilli chicken on a cart. I wonder if he was able to do that as we lost touch with him when he left our home. Our family of four has its own choices with husband inclined towards Indian, son for jumble cuisine, daughter more for continental and me open for all types of food.

My first travel ‘Chinese food’ was in Singapore in 1989. Scanning the menu I decided on Chicken noodles as it was familiar and what could go wrong. Nothing did but it was not ‘Chinese’, different from what I was used to. When we were in Muscat (1995-2000) our son had gone to South India on a school trip. Along with South Indian food they were served ‘Chinese’, as a special treat, that included ‘Manchurian Cauliflower’. Needless to say he freaked out. Since then from 1998 – 2020 Chinese food is not on his preferred food list. He does enjoy Vietnamese soup noodles (Phở).

Another ‘Chinese’ experience was in 2011, when I accompanied my husband to Taizhou, located in Zhejiang province along the East China Sea coast. For him it was a business trip and for me it was attending a Chinese wedding. The traditional marriage had already taken place and we were invited to accompany the son who was going, with friends and relatives, to fetch his bride from her village. More on my blog post https://travtrails.com/2017/09/07/wedding-procession-jakes-sunday-post-road/ 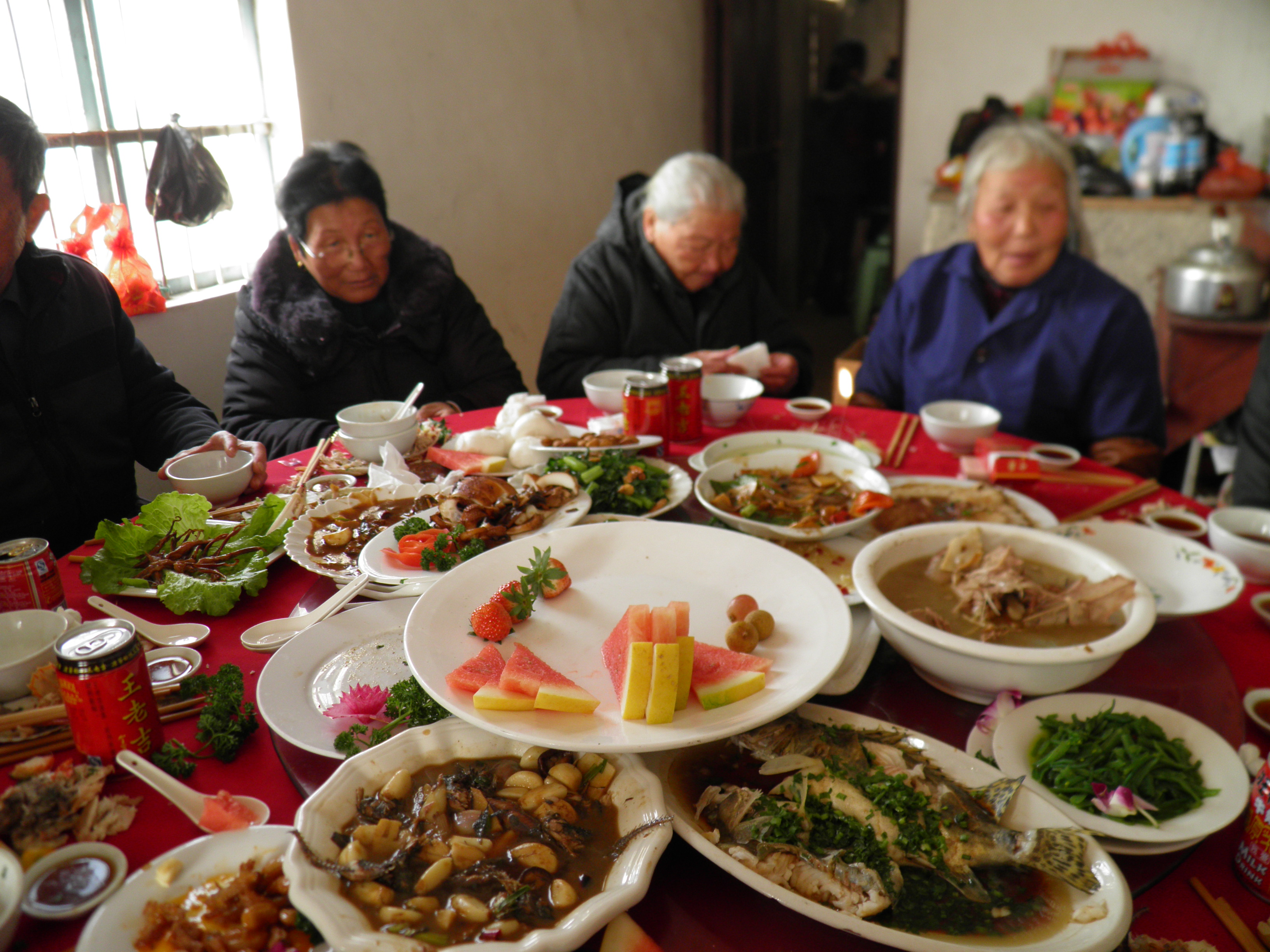 We were given a royal welcome by the brides’s family and along with the ceremonies, a ‘village feast’ was organised. It reminded me of an Indian wedding, preparations and celebrations, watching the cooks with their extra large utensils preparing the food in the open, the family elders pitching in with their suggestions, the send-of rituals, bursting of crackers and the return journey same afternoon

The formal function was held at a city hotel with a large gathering of family, friends, business associates vying to toast the couple. I was interested in the humongous spread of fowl, fish and whatever else the Chinese eat and the choice of desserts. I am not a fish person so did not try out the specialties of the coastal region… the West Lake Fish in Vinegar – cooked in special sauce with different seasonings and no cooking oil: Fried Shrimps with Longjing Tea– prepared with meat of live river prawns coated with egg white starch and stir fried over boiling water infused with Longing tea and Shaoxing wine. I tried pan fried Dongbo Pork. It was slightly oily but tasty as it is soused with wine. Our friend was with us to do the translations and selections.

Back to nsnunag‘s question….I generally avoid Indian food on travels abroad but, occasionally, on husband’s ‘Indian’ craving search for Indian eating places. The presentation and bite is sufficient to identify the region from where the dish originated. Where ever there is sizeable Indian population, as in Canada, UK, USA ( in fact every country) it is inter-mixture food as origin cannot be camouflaged. In the 1970s and even earlier the subcontinent food in Europe, America was clubbed under one umbrella, Indian. With growing nationalist awareness and pride the signage changed and now we have specific Pakistani, Bangladeshi, Indian restaurants except that most of the preparations are similar. One should know where to eat what….Tandoori is best in Punjabi (India/Pakistani) eateries; South Indian from restaurants owned by South Indians with cooks also South Indian if you want authentic touch.  But then for an Indian ‘why go out to eat Indian food when you can have the real at home’. Try the living or visiting countries food as I did… Japanese Okonomiyaki (in Hiroshima, Japan 2010) or Poutine whenever in Canada. 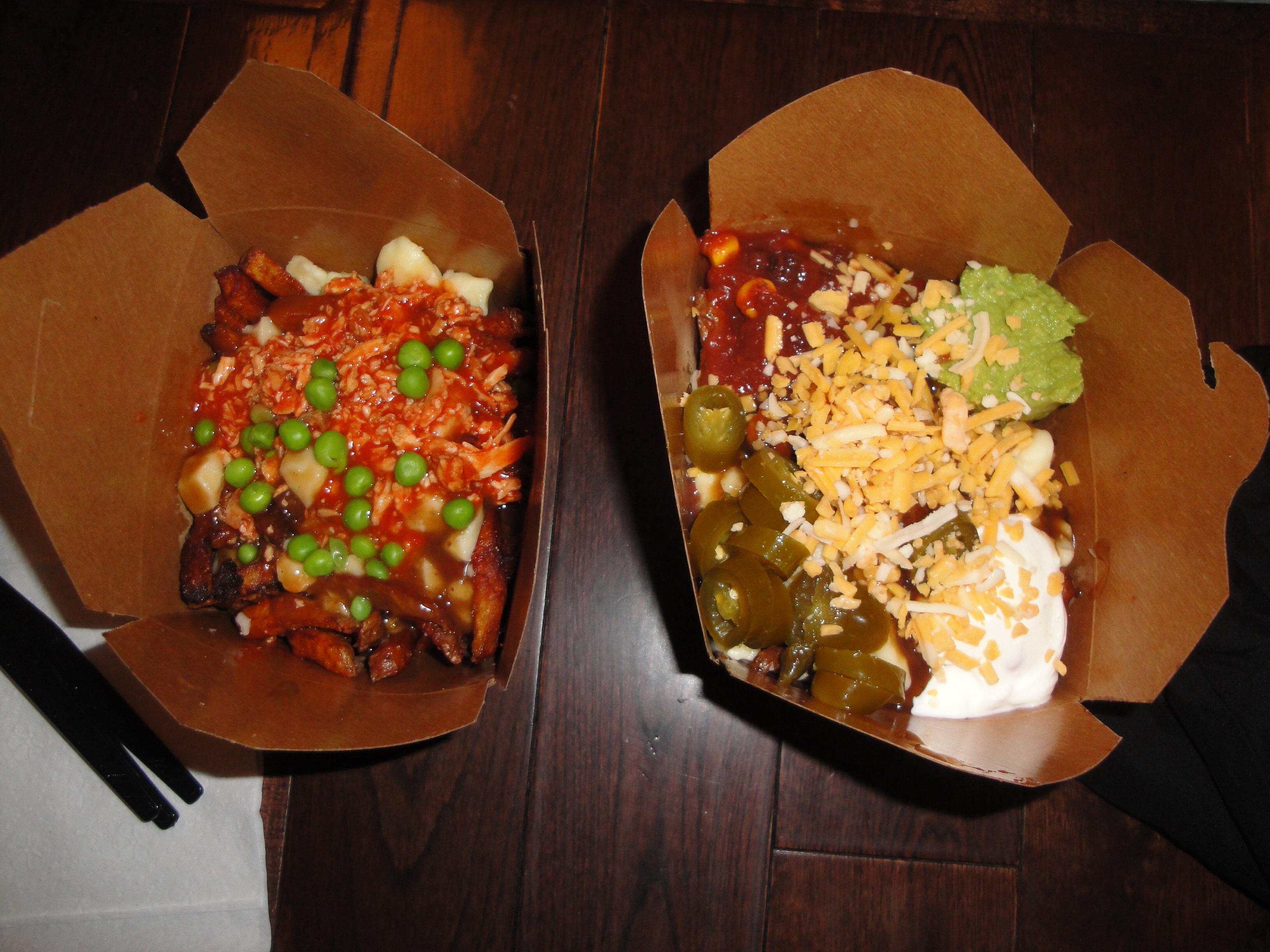 We did have our favoured places,…an Indian eatery in Chung King Mansion, Hong Kong for Rogan Josh (curry mutton) roiling in spices but still lip smacking and accompanied by crispy Naan. In Muscat, Oman, few miles beyond Seeb International Airport (1998) it was a Pakistani eating place for Butter Chicken and Roomali rotis.  For Lebanese Shawarma… ‘Automatic’ in Qurum market was a must-go-to place. In Hong Kong, for Indian vegetarian I preferred Nepalese restaurants. I belong to North Central India, the Gangetic plain, and Nepalese style of cooking is similar to home cooked….wholesome, less oily and less spicy.

An old wives saying…’the way to a man’s heart is through his stomach’ and we can change that ‘the way to a country’s heart and soul is through its cuisine’. Anthony Bourdain, the celebrated American chef rightly pointed out “…..The extent to which you can walk in someone else’s shoes or at least eat their food, it’s a plus for everybody. Open your mind, get up off the couch, move.”

A group of strict vegetarian Indian travellers talking about surviving on ‘Indian snacks’ carried from home or booking specific tours with Indian cooks and stops at Indian eateries thought I was looney when I asked ‘Why travel. Stay at Home’. Now I realise that they did not let their gourmet choices restrict their movement.  Again a Bourdain quote “Food is everything we are. It’s an extension of nationalist feeling, ethnic feeling, your personal history, your province, your region, your tribe, your grandma. It’s inseparable from those from the get-go.”

Sometimes it is difficult to know that what you are eating on travels is authentic because generally we end up enjoying local eateries rather than Michelin star servings. The first pizza I devoured was in Palo Alto in 1975 and subsequently developed a liking for the Italian thin crust. ln India the ‘Pizza Hut’  ‘desi’ Pizzas have their own local flavours and same with other imports. We have to be content with clones. When abroad we make a dash for Indian eateries in Indian section of cities we are in. Indian ‘chaat’ and sweets are a magnet for Indian diaspora looking for ways to remain connected to their native ‘chulas’ (stoves). It does not matter the number of times one has to return disappointed for being served a washed down version of original or spending four times the money as in $10 for a single samosa when back home one can buy for less than a dollar.

On the flip side, the Indian’ aroma drives some people nuts and they ’can’t really even deal with the ambient smells in an Indian restaurant..” One cannot blame the non-likers for avoiding Indian food. During our stays with our children in USA/Canada I was instructed not to cook Indian food and ‘when’ I did to close all closets, bedroom doors so that the smell did not permeate the clothes. This was in early 2000s. Over the years acceptance and perceptions of the ‘spicy’ smell have changed and Indian spicy food is finding favour the world over. Indian chefs have made a name for themselves and one of them is Vikas Khanna, a Michelin star Chef, restaurateur, cookbook writer based in New York, USA.

In the present Covid era, Gordon Ramsay appears a presentable viewing option then listening to Indian news anchors. A recent favourite is Marion Grasby, a Thai-Australian cook, food entrepreneur, food journalist and cookbook author. I follow her on Instagram and drool over the dishes. Still have to try out any.

The Covid news….cases are piling with no end in sight…All hopes pinned on the vaccine.

Pune has the highest number of India cases and we sit in our patio listening to patter of monsoon rain.