Homes are more than just four walls. They cuddle our growing up years, the years of loves and losses, emotional and physical storms and most important …memories. An abandoned bricks and mortar shell makes you wonder what compelled the residents leave their haven/hell, the security, the shared meals and everyday routines. Were they able to say their good-byes or slink away in the darkness of the night.

Goa, India: ‘Portuguese Homes’ or architecture influenced by Portuguese rule (1510-1961) imprint their own narrative. Two derelict, desolate homes in the countryside, probably waiting for the owners to return. 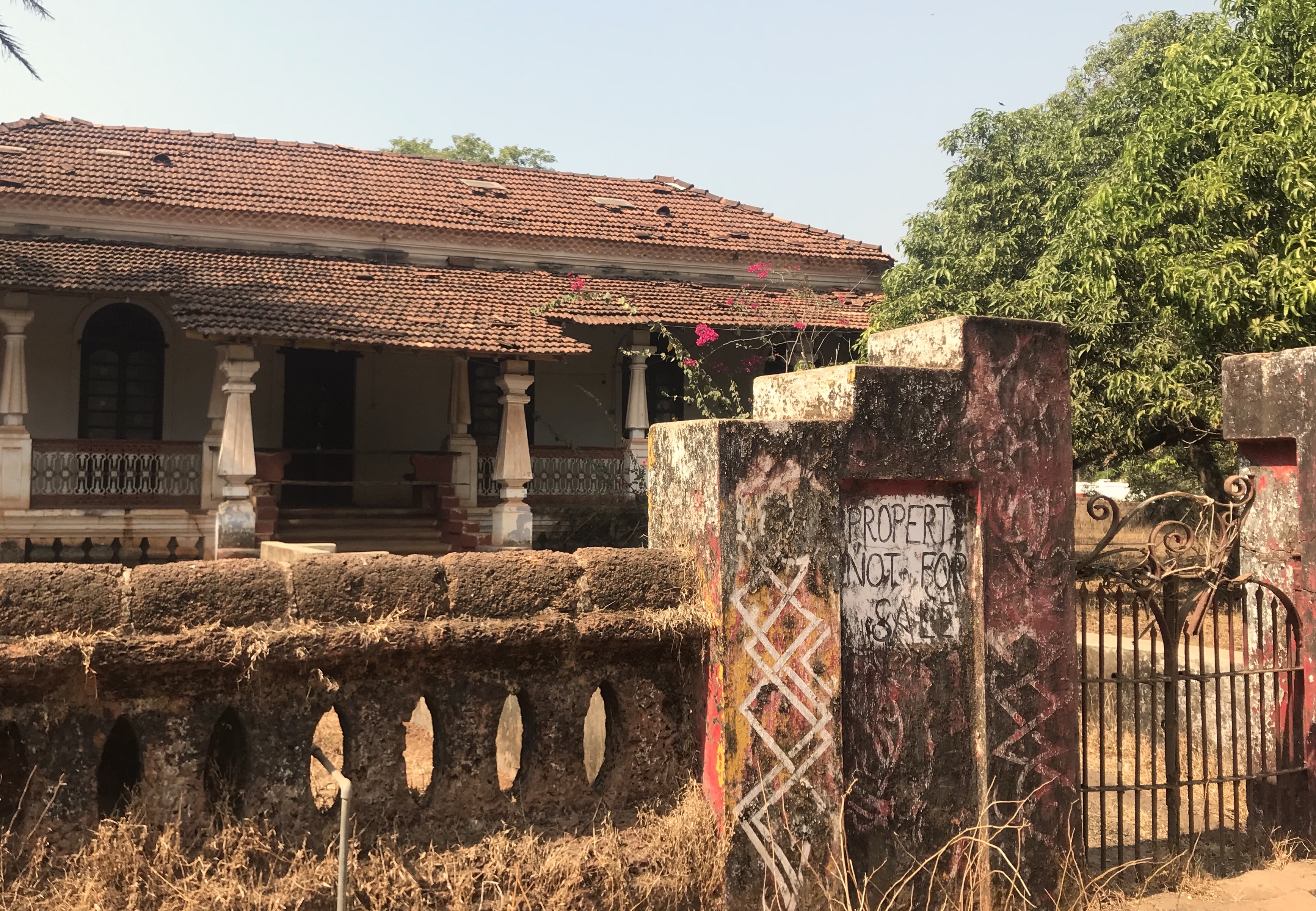 Leaving or moving away is an emotional affair. Sometimes there is no choice but to abandon. This is a photograph of our family home purchased by our father in 1947 from a leaving Britisher. In August 1947 India had gained independence and property exchanged hands.

I look at this photograph (2013) and to me its run-down condition hides the cheerful sanctum of five kids, parents, pets, the private play area with Swing set and Slide in the lawn, beautiful flowers, our mother’s pride, colouring the two lawns. A home that was witness to tragedies and joys of life during growing up years, school, college, and when the five moved out, one by one, once the parents passed away. 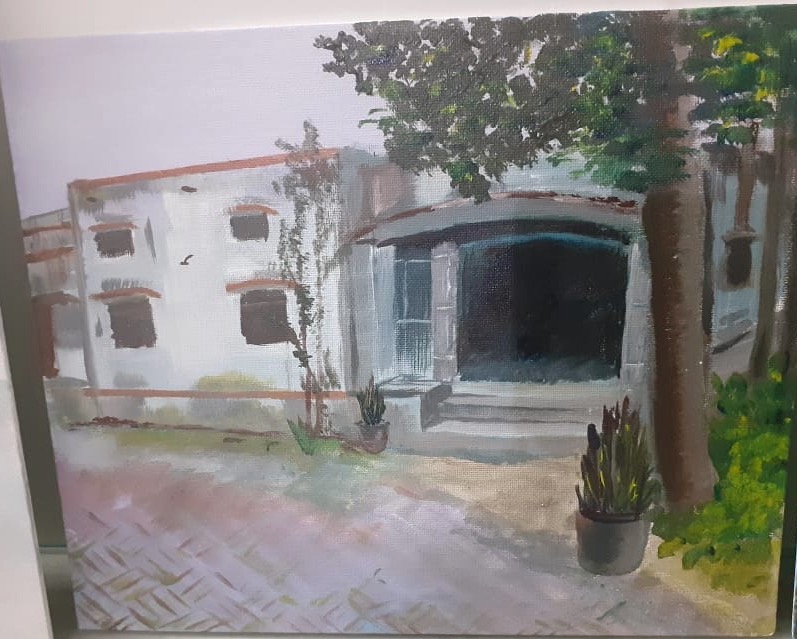 This photograph is a painting, a gift from a Russian friend made for us from an old photo of around 1968. She left the verandah dark when it had black and white patterned ceramic tiles. The mysterious look

9 responses to “Memories make a Home”